Being Halloween and all, I decided to write about something spooky.  Last night, we went hunting for ghosts.  The place we went to is called The Black Cross.  This is in  a small town called Cabot, not far from where we live.

Back in the late 1800s and early 1900s there was a terrible flu epidemic, and many people died. 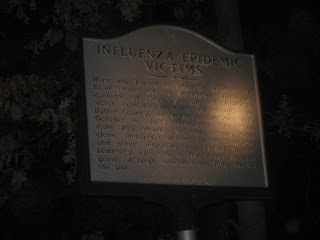 They were buried in a mass grave, in the woods, with a large black cross erected.   Today, only a portion of that cross remains, but a newer cross has been set up. 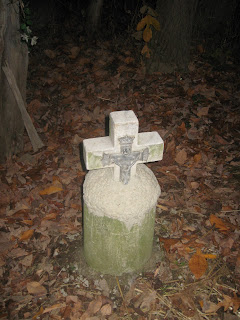 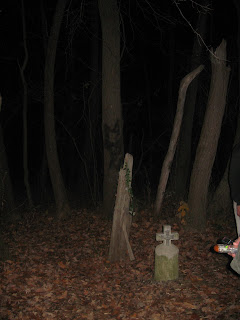 From what I gather, no one is entirely certain the precise location of the grave.

It has been reported that many people experience odd things at this site, such as unexplained wind, noises, fog or mist, and a general feeling of dread.  Last night, it seemed pretty calm. 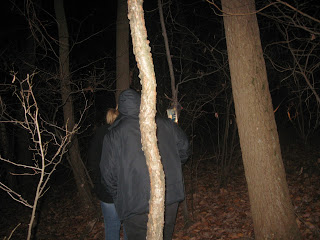 We tromped all over the woods, and the only creepy thing I saw was a field mouse. 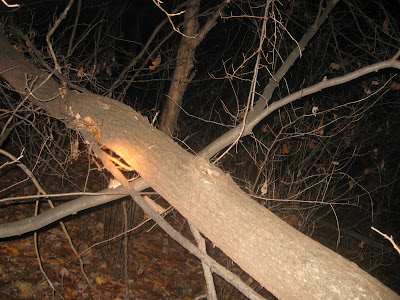 One of my pictures did have what would appear to be orbs in it, but so did a picture I took earlier that day in another state, so maybe my camera is just dying a slow death. 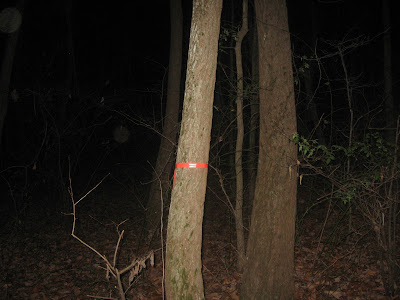 We did not stay long, even without really experiencing anything, it was still kind of spooky. 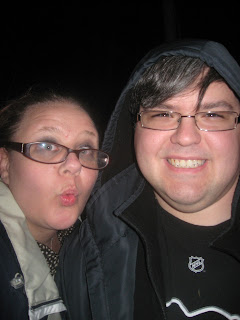 Still, it was not a total loss.  In the dark, without any use of GPS, Hubby found a geocache. 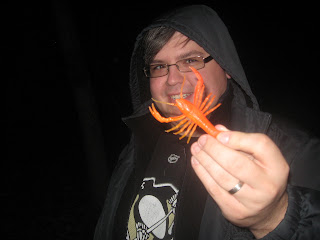