Out of Town: Antietam and Harpers Ferry

Since we were visiting Maryland during the off season for pretty much everything but golf, and I do not own golf clubs (though Hubby does) we decided that we should take the opportunity to visit some local historical sites. I was very excited to find out how close we were to numerous places of importance during the Civil War, but since we had limited time, we decided to only visit two of the many interesting places.

The first places we struck out for was Antietam Battlefield, located in Sharpsburg. It was about a 2 hour drive from our resort so we left pretty early. We arrived at the visitor center with Dexter in tow, excited that this was a pet friendly park. We were thrilled to find out that because this was National Park week, so all entrance fees were waived. We stopped in the visitors center to get a map of the 8.5 mile tour of the park, and set off. Because we had the dog, we did an abbreviated tour, and covered everything in less than 2.5 hours. We could have spent more time had it been a warmer day, or had we been dog free (though again I stress, it is completely dog friendly), so maybe in the future we will go back. There is a ton of history there, and the website I linked above is fantastic. 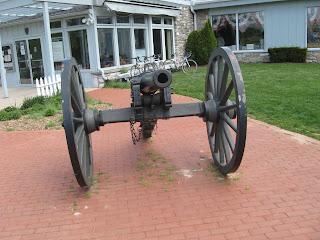 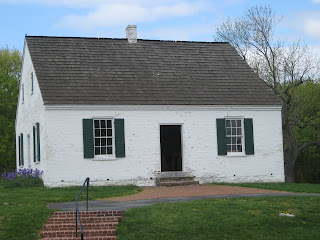 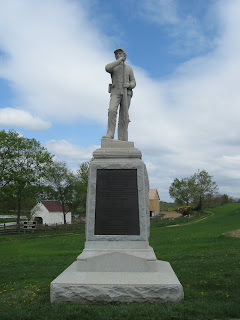 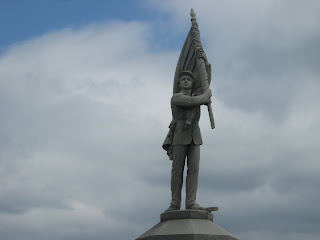 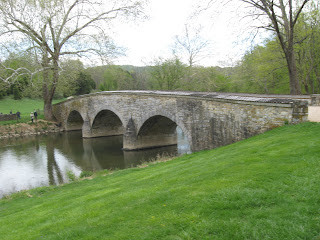 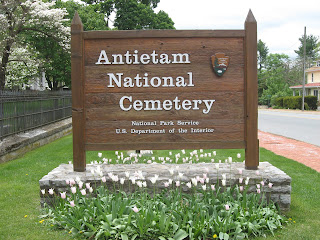 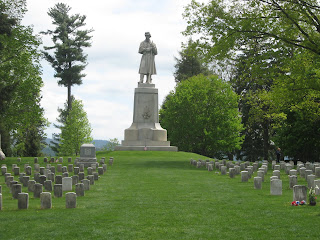 After a brief detour (a story for another entry) we headed to Harpers Ferry in West Virginia. It was a little mind boggling how in a matter of 5 minutes we left Maryland, entered Virginia, left Virginia, and were in West Virginia. When we got to the Harpers Ferry National Park we were a little disappointed. Though the fees here were also waived for National Park week, this site was not nearly as dog friendly. The tour sites were spread among town and through out the surrounding areas, and the only real way to access them was by a bus run by the park, which did not allow dogs. Also, the entire tour needed about 10 hours allowance, which we did not have. We got a map from the visitors center, which really was not helpful, and tried to find some of it ourselves. We did get to see some of it, and get some great pictures. I would love to go back sans dog for the full experience. 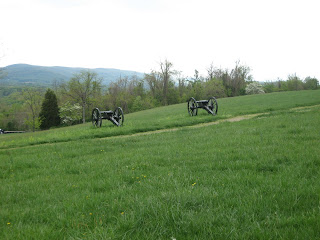 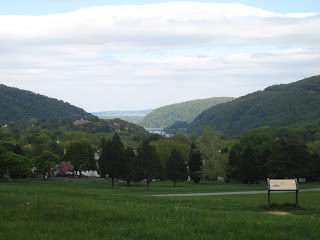 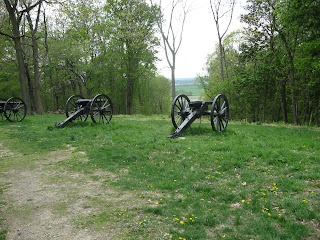 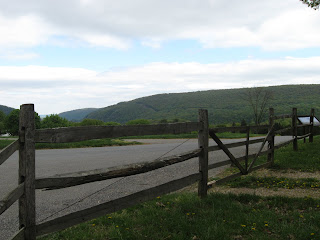 These historical sites are so important, and they made me want to read about the Civil War and watch Gone With the Wind. They made Hubby want to dig out some Civil War board game he has, go figure. Anyway, check out the sites I linked in here, and if you visit an area with historical significance, please consider checking it out!
Posted by ok at 8:33 PM